October 2012 Welding has yet again showed us that NOSA would not be possible without him!
The two classrooms (English and mathematics) at the Babati primary school are built and ready for use. 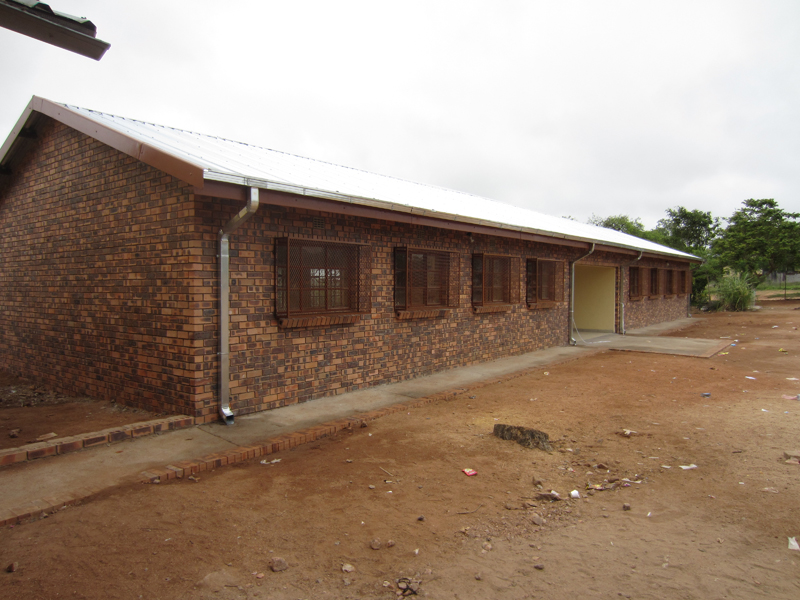 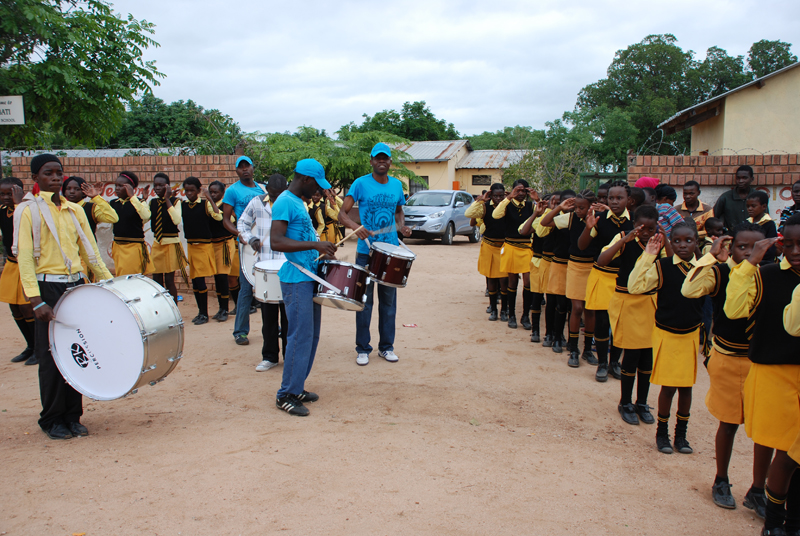 The classrooms have teaching books for all grades as well as notebooks, pens, pencils and calculators.

Principal Jackson Mdhluli and his staff had organized a fantastic opening ceremony on Saturday.

At the Mketse primary school we meet up with the 10 children that have borrowed and read
the most books since the library was opened in June this year. 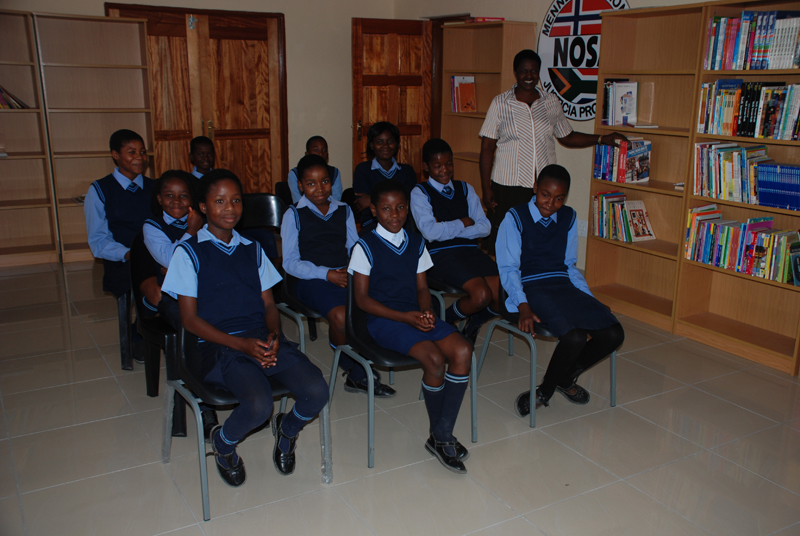 Happy Home preschool show us the “shading roof” we have donated
to give the children shade when outside playing on the swings. 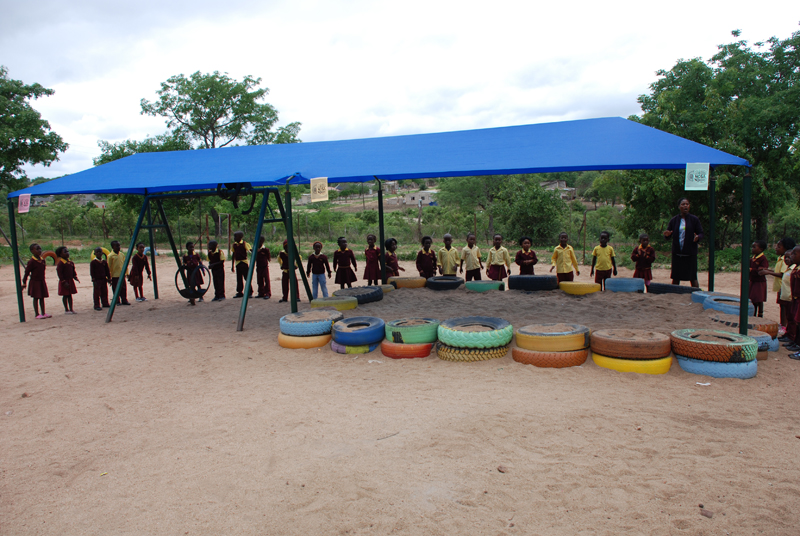 Ntshuxekani preschool show us their new shelves and cupboards.
We also meet with 10 new children and their parents who we have helped with new school uniforms. 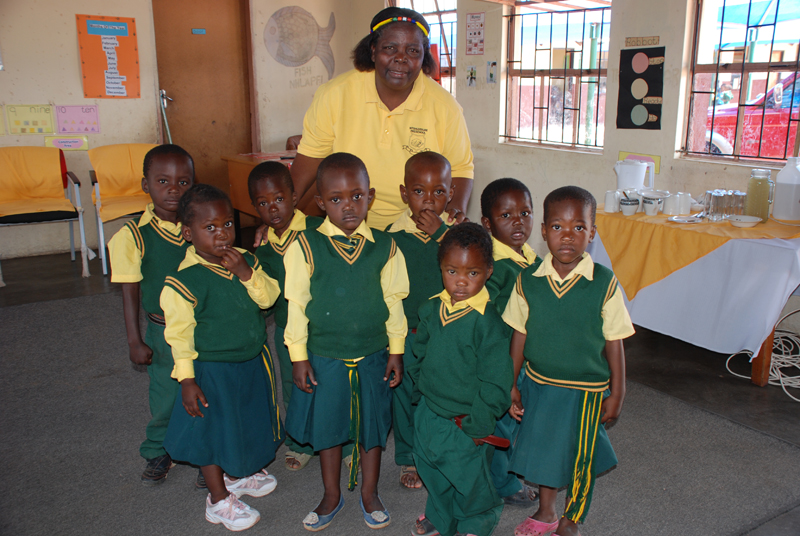 When the new school year starts in Justicia just after Christmas, Andy will attend Mandla High School, Justicia’s only high school.
We visit his home, he lives together with his grandfather and other family members.
His grandmother has just passed away and his grand father has the responsibility for Andy now. Andy shares a tiny room with an uncle and sleeps on a mat on the floor.

We have promised him we will build him a small house in the garden where he will get a bed, desk, a cupboard and a lamp.
Out of the 11 NOSA children he is one of the best at school. 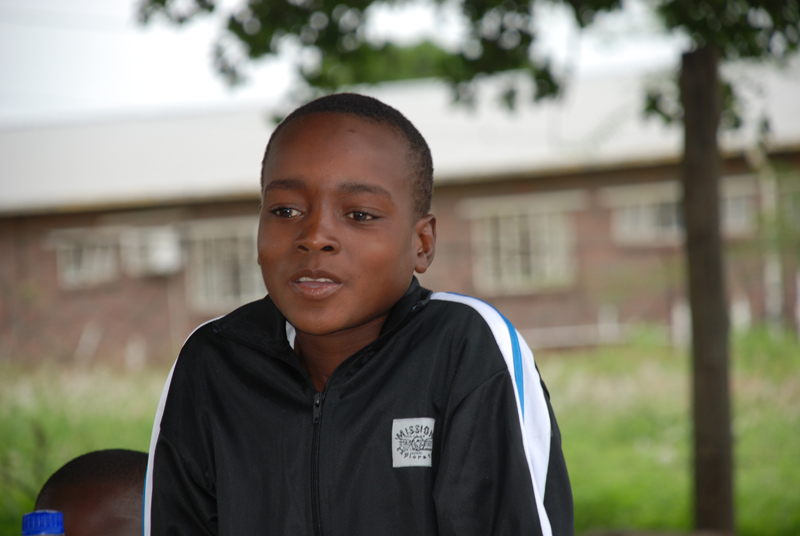 On our last day we again gathered all the NOSA children and their guardians at the church.
The children read poems and sang the NOSA song. We spoke to them about how important it is to get an education!
And Margreth served a beautiful chicken dish as usual. 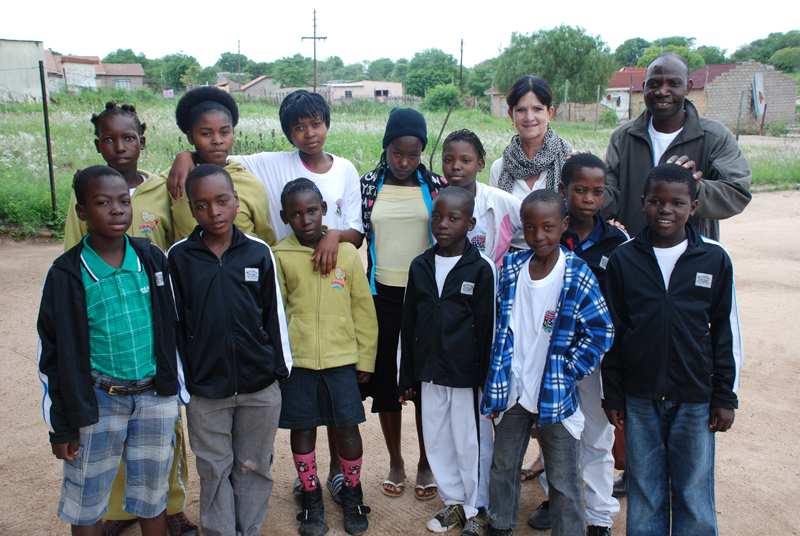